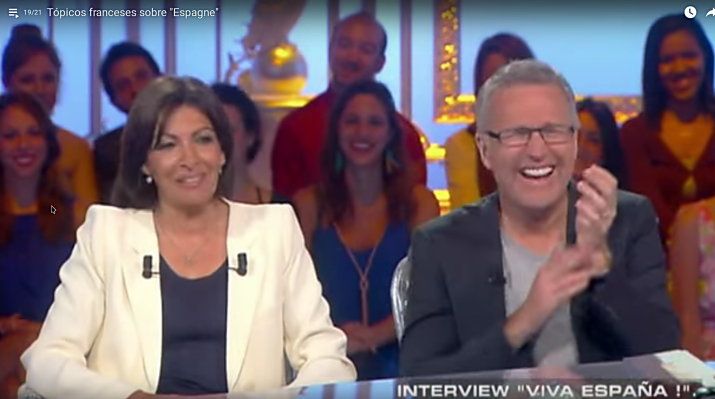 I’m not a close follower of French politics, nevertheless I’ve noticed socialist Anne Hidalgo. I saw her in one of the television shows I watch to keep track of french culture. He had just published a book about his political project for Paris ( Mon combat pour Paris). Anne Hidalgo was born in Spain , in a small village called San Fernando, the Royal Village of the Leon Island, in Cadiz. the same Island where the famous singer Camarón de la Isla was born.

I remember the place because I used to walk with an andalous woman who was, also, born there. She was shy and never mentioned this fact until one afternoon when we went for a walk in the village during a holiday. While walking throught the streets she was telling me how everything looked the same as in her chilhood. She pointed some broken steps leading to a market and said “see that ladder? was already broken when I lived here and they never fixed it in all these years”.

I planned to publish something else but Anne Hidalgo got elected yesterday mayor of Paris . Today kicks and I publish again two videos I posted before on my social networks. Spanish press remains ignorant of this fact in their front pages. They focus, as they usually do, in spanish domestic politics.

(apologies for the video quality. Recovering this video was not planned)

Anne Hidalgo is no longer a Spanish citizen. According to Wikipedia she naturalized French and changed his name Ana by the French name Anne. She explains it beautifully quoting french playwritter Sacha Guiltry. The title of this article is, therefore, a bit misleading. But I allowed myself this symbolic revenge because French have a reputation for stealing spanish artists along the XXth century. Remember Pablo Picasso? many americans think he is a french artist. Actually, it is nothing more than a cultural joke. I’m not really fond of the work of Picasso and, for me, they can keep it if they want.