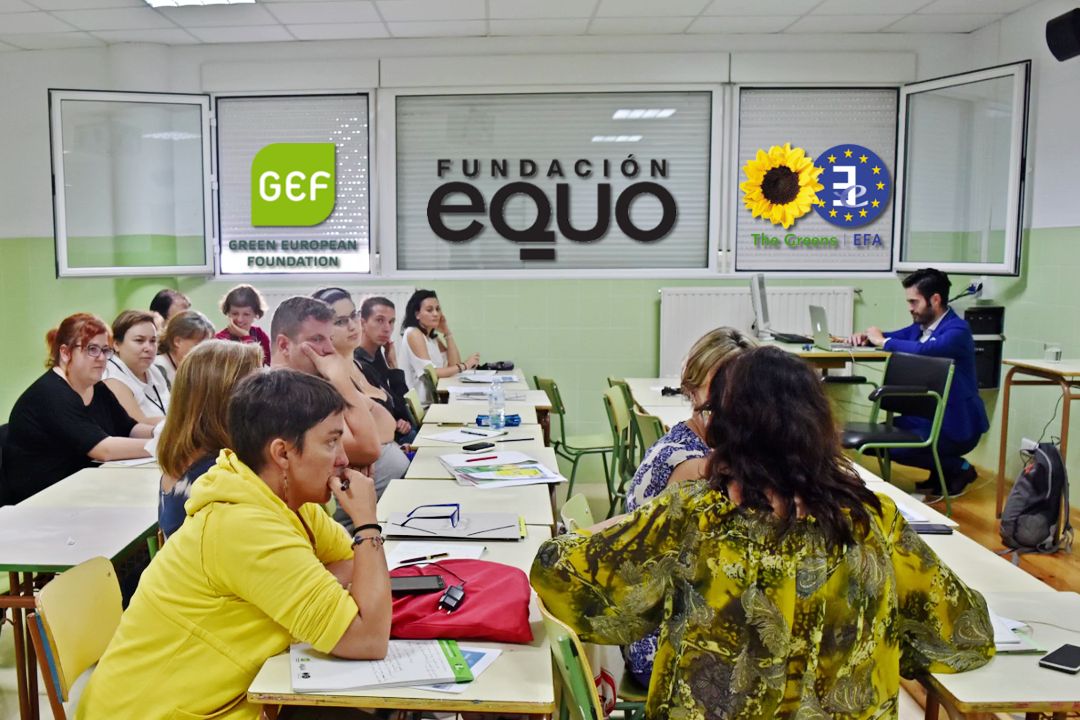 In its eighth edition the Univerde is already the main forum of political ecology in Spain.
It’s the Summer Green University, an annual meeting chaired by a woman and filled with tieless politicians, carless entrepreneurs and ecologists from all over Spain. Two days and more than 200 participants sharing experiences and searching for alternatives to the imbalances of contemporary society.

The event was organized by the Equo Foundation with financial support from the Green European Foundation.
More than 40 hours of talks and workshops to be summarized in two videos of 6 and 20 minutes. Unsurprisingly, no specific images were recorded to promote the event, instead I had to reuse graphic and visual materials produced for other purposes. Static and uneven images to achieve some kind of coherent and dinamic edit.

I narrated the pieces with my own voice just to show the first test editings. To my surprise, the client considered this record acceptable and declined to hire a professional voice for the job. Not the first time I use my own voice on a video but what struck me was that the English narration was considered acceptable.